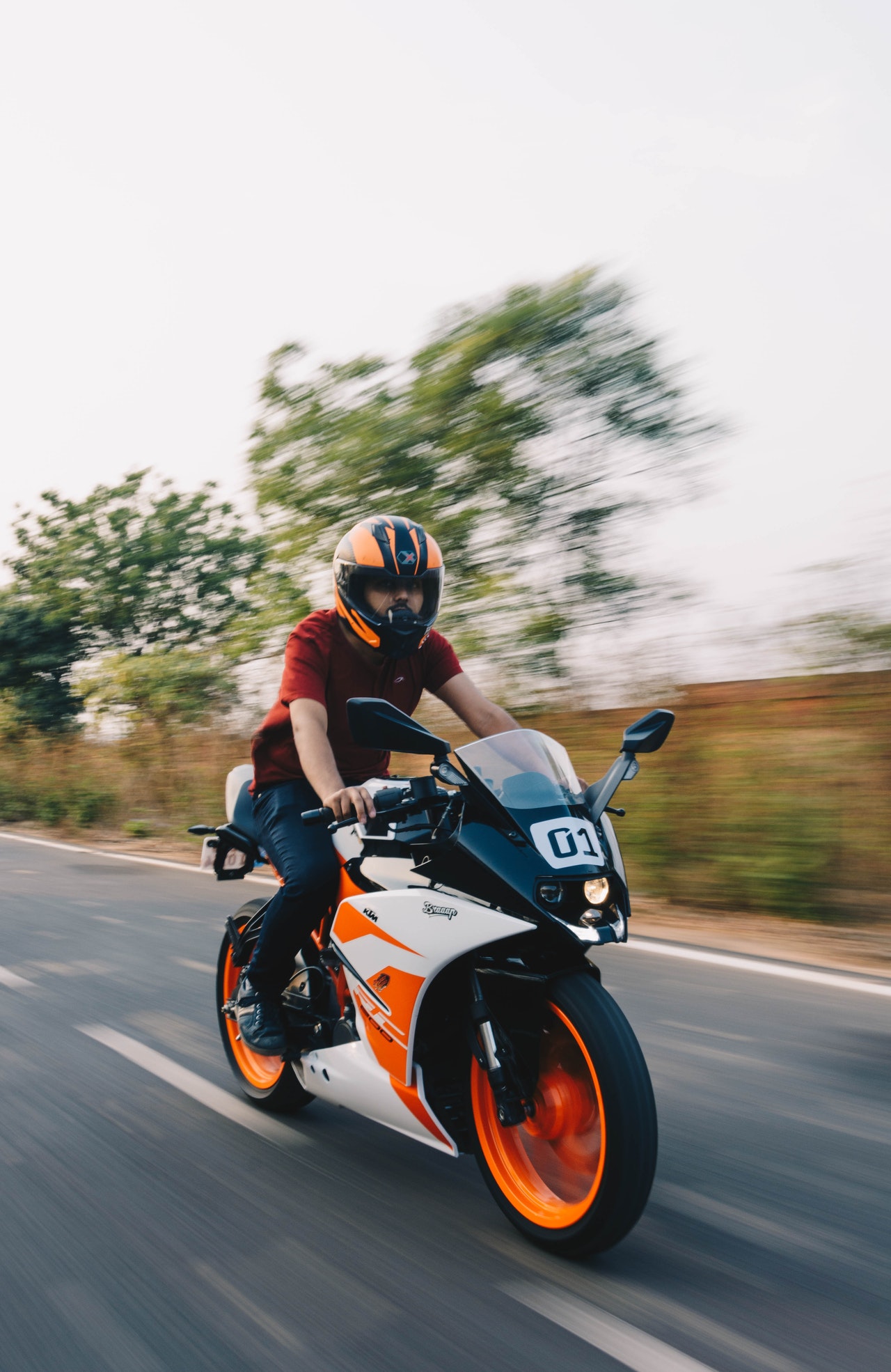 The thing I do have an issue with is people who give pillion rides and let their pillion wear whatever they want. I’ve seen riders with all the protective gear, but their pillions wear, what could be described as summer wear. Wait, hold on, you just said you wouldn’t preach so surely that’s double standards?

Maybe I’m being overprotective, maybe it’s because I’m getting older and realise I don’t bounce very well, after all, it’s their choice what they wear, who am I to preach? Would you let a passenger in your car not wear a seatbelt? Is that a ‘no’ just because legally you have to wear a seat belt? In France, they have laws which riders and pillions have to adhere too, including reflective patches on helmets and CE certified gloves, maybe The UK will go down this route. Would that really be that bad?

I read an article in MCN recently talking to the founder of MAG (Motorcycle Action Group) who protested about the UK helmets rules, when they were initially being introduced, not only saying it’s our right not to wear a helmet, they also suggested wearing a helmet would make riders more likely to take risks and travel faster because they would feel safer!! In today’s world, I think we can all say that was laughable, but maybe back in the day, it might have carried a bit of weight? We all know that the helmet law did indeed pass.

So would it be such a bad idea to make safety clothing a legal requirement?

I think most sensible bikers wear suitable clothing, most even match them to their style of bike. I’m sure you’ve all heard the term “Power Ranger” for those who have full leathers which match their sports bike. It wouldn’t look good on a scooter or moped rider though would it? Same goes for those adventure riders, who seem to have clothing which suits not only their bikes but any conditions they find themselves in. Here lies in the problem with suitable clothing, the COST!! I’m sure you’re all well aware as bikers how much proper protective clothing costs and maybe people who don’t wear it, don’t wear it because they can’t afford it rather than don’t like being told what they should wear.

I look at it like this, it’s the riders responsibly to look after their pillion. You’re in charge of the situation, the pillion, if you fall off or someone crashes into you, if you’re not in protective gear, you will come off a lot worse than if you were. So could you live with yourself if your pillion was seriously injured from lack of decent protective clothing, even if your riding was not at fault?

Sometimes parents can be the worst, I’ll never forget some of the scooters riders I saw in Italy. On one occasion I saw a mother with her two children on the back of a scooter, that alone was stupid, however, the small children were wearing ill-fitting helmets. I say “wearing” the helmets were so big they weren’t even on their heads properly they were actually hanging off the back of their heads. It was only the fastening strap that was holding them on, but the straps flailing were in the wind, all it would have taken is for the straps to get caught on some stationary object or another vehicle and they would have been decapitated. Doesn’t bear thinking about, does it?

Then you have India, who seem to take safety to a whole new level and a very low level that is…

When I first passed my test 10 years ago and being mature (if a man can be mature LOL) 40 year old, I chose to go to the proper bike shop “Hein Gerke”, however, they have since disappeared from the UK. I took my son with me as he had just done his CBT and was riding to college. I made sure both of us were suitably attired for riding, but it wasn’t cheap, so I can sympathise as to why some new riders can’t afford a bike, insurance and then clothing. The good thing though as long as you look after the clothing in most cases it’s last years.

What I have found out through research and mainly being a “tightwad” you can get some pretty good bargains, via sales, auctions sites and even charity shops. I’ve got to the stage where I don’t pay full price for any of my biking gear, though I do still buy things I don’t need, but want LOL.

So if you on the lookout for some protective clothing for yourself or pillion, do some research then some price checking, online is great for that, especially this time of year you can get some serious bargains. Remember though when buying online check the sellers return policy, most of the major players offer free returns, great if you got the wrong size or even don’t like what you brought (Editor: distance selling law allows you 14 days to notify the seller you’d like to return an ill-fitting item, and a further 14 days to send it back). A word of caution, only buy from reputable sellers. eBay sellers can have some great bargains, but there’s a lot of counterfeit products out there, which are only found out to be counterfeit in the event of an accident!.

An as we are fast approaching Christmas what Better time to ask Santa for some nice new safety clothing ????